A major multi-national company calls on our Kansas City precision machine shop for emergency repairs to a 50,000 lb. gearbox.  During the peak season of production the gigantic gearbox began to fail.  Lindsay Machine Works met with the company as well as the manufacturer of the gearbox to plan its repair.  The gearbox is delivered via semi-truck.

Our crew manufactured a pulling jig to aid in the removal of the large hub.  Using a 100 ton hydraulic cylinder and two large rosebud torches, the hub is heated up to 300 degrees. This forces the hub to grow 35 thousandths of an inch in size, which allows LMW personnel to remove the large hub from the old gearbox.

The following morning the new gearbox arrived, the hub was reheated and installed on the new gearbox.  Due to our machine shop’s quick response, our customer was up and running
later that day. 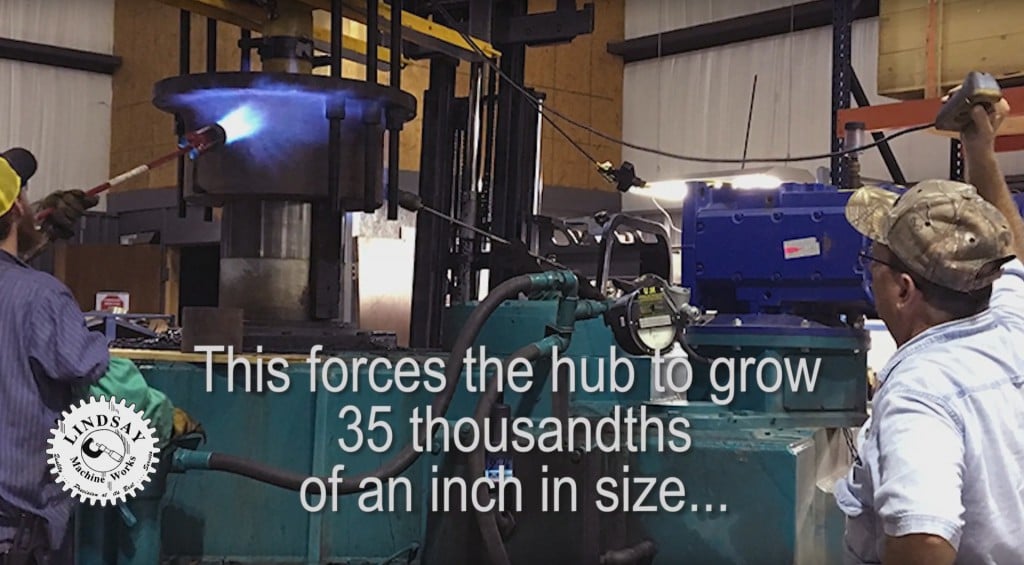